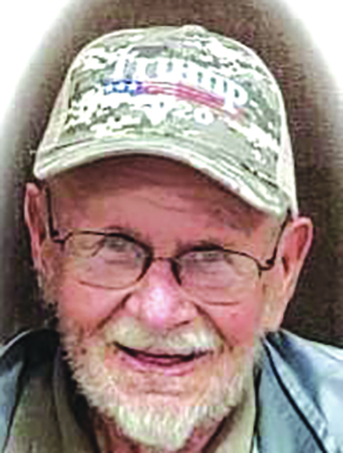 Gordon Lee Smith, 82, of Pikeville, Tennessee, passed Sunday, January 22, 2023 at his home.
He was member of Cold Springs Baptist Church and attended New Hope the Baptist Church of Christ. Gordon retired from Mueller Company after 30 years and served as a Bledsoe County commissioner for district 3 for 24 years. His passion was farming and selling produce at the Bledsoe County Farmers Market. He was awarded Republican of the Year in 2020 by the Bledsoe County Republican Party. He wished to be remembered as the best grandpa on Dayton Mountain. He loved his family very much.
He was preceded in death by his parents, Coy and Virginia Smith; and brother-in-law, Terry Moody.
He is survived by his wife of 46 years, Alene Brewer Smith, whom he married on May 7, 1976. He is also survive by his children, Cindy (Jerry) Coxey of Dayton, TN, Tim (Kathy) Smith of Decatur, TN, and Conda (Ken) Hysell of Pikeville, TN; grandchildren, Jarod (Whitley) Coxey, Levi (Rachael) Coxey, Cory Smith, Aaron (Chandra) Smith, Caleb Hysell, and Kenton Hysell; great-grandchildren, Elijah Griffith, Alex and Madi Smith, and Caroline, Sadie, Jeb, and Porter Coxey; sisters Darlene (Jimmy) Annis of Pikeville, TN, Melissa Moody of Pikeville, TN, and Felicia (Jimmy) Putnam of Crossville, TN; and a host of nieces, nephews, family, and friends.
Services will be held Wednesday, January 25, 2023 at 1:00 p.m. CST in the funeral home chapel with Bro. Chad Hale and Bro. Matt Lockhart officiating.   Burial will be in Beach Cemetery. Online condolences can be made at www.reedfamilyfh.com.  Arrangements are by Putnam-Reed Funeral Home, 1171 Main Street, Pikeville, TN.