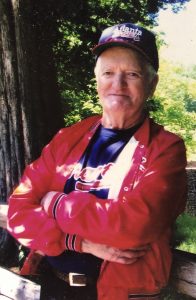 He was a coal miner and worked as a carpenter building houses for many years. Stanley enjoyed watching the Braves, Tennessee football, and was avid vegetable gardener.

A celebration of life was held at 2:00 p.m. Sunday, August 11, in the funeral home chapel with Pastor Dennis McChargue officiating. Burial was in Brayton Cemetery. In lieu of flowers the family request donations be made to Pikeville Funeral Home to help with final expenses.