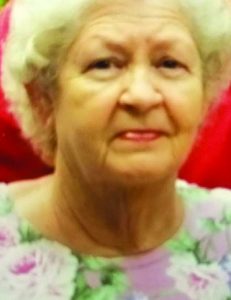 Jervae was born in Beech Grove, Kentucky March 6, 1939. She grew up in the Evansville, Indiana area and worked at Whirlpool as an administrative assistant before marrying E.C. Kinney in 1959. They moved to Florida and spent the next 30 years raising their two daughters and spent 30 years before moving to the Crossville, Tennessee area.

Jervae became a certified scuba diver, learned to pilot a plane, and became a midwife to several women in the Central Florida area. She spent much of her time teaching the Bible and sharing her beliefs as one of Jehovah’s Witnesses from an early age. She loved to garden and grow flowers, and her pet cats.

A memorial celebration will be announced at a later date. In lieu of flowers, please visit jw.org.