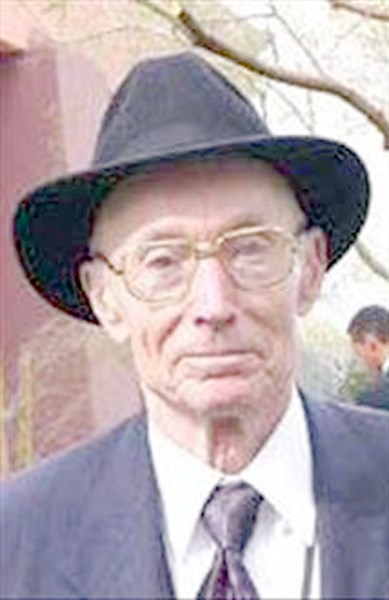 He was born November 12, 1925 in Mexia, Texas to Cardwell and Nancy (Wilkerson) Smith. He graduated from McFarland High School in 1943 and went on to obtain a Bachelor’s Degree in Mechanical Engineering from California Polytechnic College in San Luis Obispo, California.

Bill married Velma Mae Horn April 30, 1946 in San Diego, California. The two were married for 62 years when she passed away in 2009. Bill served his country during World War II and the Korean War in the United States Navy. He was awarded the American Campaign Medal, WWII Victory Medal, and the National Defense Service Medal before being honorably discharged in 1951.

Bill married Virginia Haston on July 21, 2009 and the two lived in Pikeville, Tennessee. He was a member of the Church of Christ, the U.S. Everglades Association, the Aircraft Owner’s and Pilot’s Association, the National Rifle Association, and the American Legion Post 306.

He is survived by his wife, Virginia Smith, of Pikeville; two sons, Ken Smith and his wife Mary of Fletcher and Chris Smith and his fiancée Donna of Medicine Park; one brother, CB Smith Jr. of Tucson, Arizona; two sisters: Arlene Watts of Winslow, Arizona and Laveta Purvis of Bakersfield, California; six grandchildren Dawn Nash and her husband Donovan, Kevin Smith and his wife Nicole, Meghan Hammond, Trey Hammond, Katie Smith, and Bentley Smith; three great-grandchildren; and one great-great-grandchild.

He was preceded in death by his parents, Cardwell and Nancy Smith and his wife of over 60 years, Velma Smith.

In lieu of flowers, memorial contributions can be made to the American Cancer Society.

An online guestbook is available at FletcherAndElginFuneral.com.

Arrangements were entrusted to Fletcher and Elgin Funeral Home in Oklahoma.