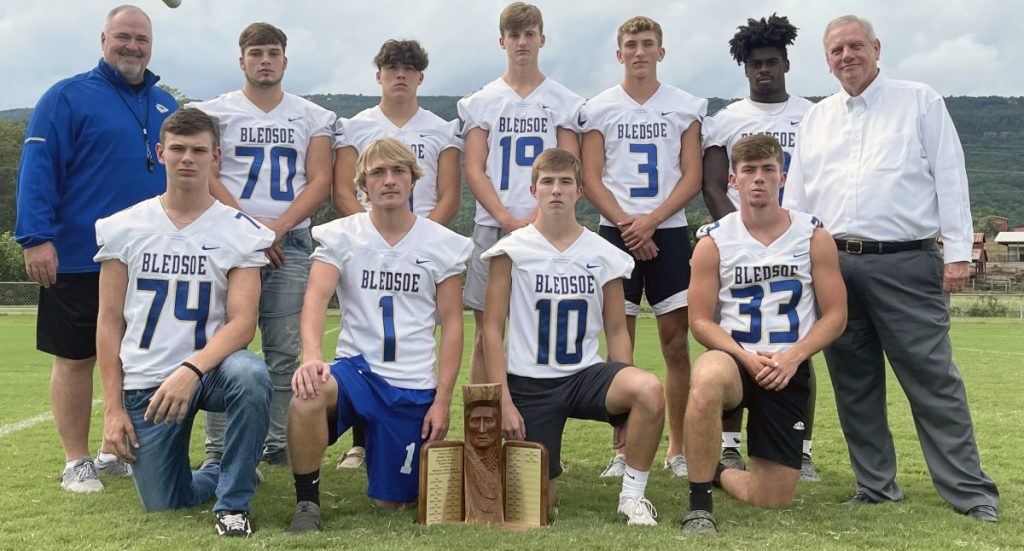 After claiming triumph over Sequatchie County last year and reclaiming the challenge trophy, known as Chief Roaring Eagle, the Bledsoe County Warriors are determined to keep the trophy at home. Kickoff for the rivalry game between the two counties is 7:00 p.m. at Sequatchie County.

The challenge trophy going to the winner has been a part of the rivalry for over a quarter of a century, dating back to 1984. Sequatchie County currently leads 16-12 in “The Battle for the Stump.” It has been sponsored annually by First Farmers and Commercial Bank in Pikeville and Mountain Valley Bank in Dunlap.