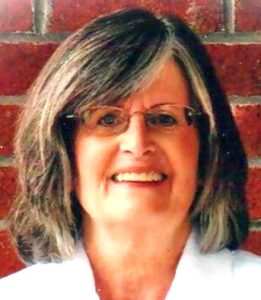 She was a long time member of Wheeler Hill Church of Christ. She spent her life doing for others, whether for her family or for members of the community. She enjoyed doing crossword puzzles and could rule the scrabble board. She loved Greg and their adventures filled with food, music and coffee.

She was preceded in death by her parents, Creed and Edith Pendergrass; sisters, Kathryn Webb and Carolyn Trotter; nephew, Marlin Trotter; mother-in-law and father-in-law, Alton and Geneva Anderson; and sister-in-laws, Lois Pendergrass and Cookie Pendergrass.

Funeral services were held Tuesday, July 13, at 1:00 p.m. in the funeral home chapel. Burial was in Anderson Cemetery.