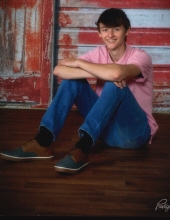 Steve was a 2018 graduate from Bledsoe County High School. He enjoyed race cars and was an avid Alabama football fan.

A celebration of life was held at 2:00 p.m. on Tuesday, January 7,   in the funeral home chapel with Bro. Bobby Collier officiating. Burial as in Blackburn Cemetery. In lieu of flowers the family request donations be made to Pikeville Funeral Home to help with final expenses.