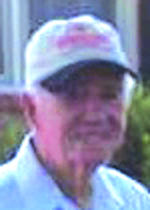 N.C. was a farmer and won the Outstanding Farmers Award given by Farm Bureau. He served as president of Fall Creek Falls Utility District, Farm Bureau Board 40-plus years, 911 Board, SCS Soil Conservation Board, and the FHA Board. He also drove the school bus for almost 40 years for Bledsoe County, was a member of Mt. Crest Church of God of Prophecy, loved his family, enjoyed church and witnessing to people.

In lieu of flowers the family request donations be made to Mt. Crest Church of God of Prophecy.