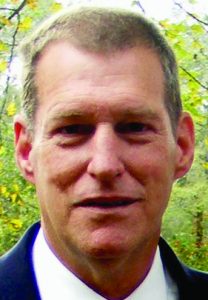 William Franklin “Bill” Sapp, 60, of Davidson Road, Crossville, Tennessee, died peacefully at his home on Sunday afternoon, August 25, 2019, after a lengthy battle with renal failure.  He exemplified true courage during many years of painful struggle.

He was a partner in Valley Paving in Pikeville before working in the oil fields in Oklahoma. When he returned to the area, he owned and operated Cold Springs Grocery during the 1980’s. He also spent several years as a truck driver, but his true love was farming and raising cattle and English bulldogs.

A Christian, he was of the Baptist faith, and was secure in his salvation.

He was preceded in death by his father, Thomas Franklin Sapp; and grandparents, Bill and Dixie Sapp, and Ervin and Macie Stewart.