UPDATE: Nearly 200 dogs and cats have been rescued in Bledsoe County by the Humane Society of the United States. Authorities were still on the scene Friday afternoon, August 16, working to complete the rescue efforts.

Due to the large number of animals, they are being transported to multiple facilities, according to Sgt. George Hodge of the Bledsoe County Sheriff’s Department. Partners from across Tennessee, Georgia, North Carolina, and Oklahoma assisted in the rescue of the animals.

For more, see the August 22 issue of The Bledsonian-Banner. 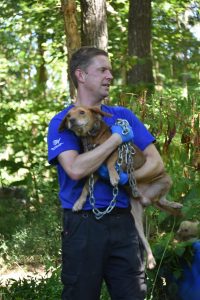 Humane Society with Animal Rescue leads a malnourished dog to be examined and get a rabies shot before transport.

Three dogs waiting to be vaccinated and readied for transport. 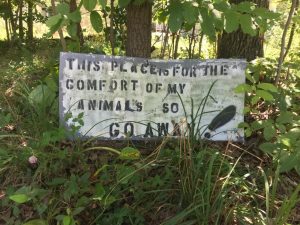 Some of the many animals discovered by authorities at the Poplar Road property. 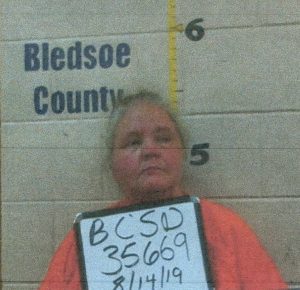 PREVIOUS STORY: A Pikeville woman is charged with animal cruelty after authorities discovered over 200 animals at her Poplar Road property on Wheeler Mountain.

Caroline Adkins, 57, is charged with cruelty of the animals, which totaled over 150 dogs and around 60 cats, according to Sgt. George Hodge. The animals were spread between a home and throughout the surrounding wooded area.

Authorities were at the property as of Thursday afternoon, August 15, waiting on the animals to be transported to safe locations by the Humane Society of The United States.

For more, see the August 22 issue of The Bledsonian-Banner.