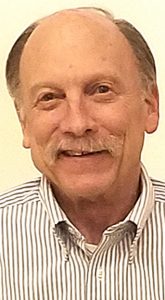 John graduated from the University of Tennessee with a Bachelor’s degree in Business Administration in 1976. He recently retired as the long-time general manager of the Fall Creek Falls State Park Inn and Conference Center, assisting guests in the park he loved for over 40 years. John enjoyed sports and was a lifelong Vols fan.

John is survived by his wife of 36 years, Dorthy Nell Christian Fonville; their children, John Christian and Stephanie Fonville and Elizabeth Faith Fonville; his brother, Thomas “Tommy” Graves Fonville Jr.; and a host of family and friends.

In addition to his parents, John is preceded in death by his sister Elisabeth “Gai” Fonville and brother William “Bill” Fitzpatrick Fonville.

Funeral services will be at 1 p.m. Friday, January 11 at the Cookeville Chapel of Hooper Huddleston and Horner Funeral Home. Interment will follow in the Smellage Cemetery.  The family will receive friends Thursday from 4 – 8 p.m. and again Friday from 11 a.m. until service time.