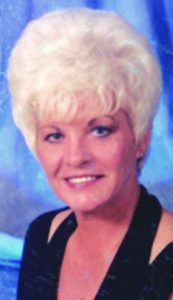 Sharon was a hairdresser in Pikeville for several years.

Preceding her in death were her parents, Beecher and Eunice Smith; brothers, Alan, Gerald, and Jimmy Smith.

A family memorial celebration will be held at a later date.