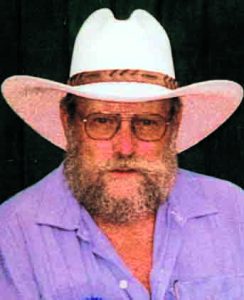 Lonnie Mealoy Everett, 81, of Pikeville, Tennessee, died peacefully at his home at Look West Farm with his daughters by his side, Wednesday, September 12, 2018.

“Chief,” as he was known by many, enjoyed coon and fox hunting, and riding horses. He was also known for his wit, his love of music as well as football, especially the University of Alabama and the Dallas Cowboys.

Lonnie worked at C F Industries for 18 years in Chattanooga before becoming a full-time farmer. After retirement, his life was filled with grandchildren, friends and family. He was a member of New Harmony Church of Christ.

A celebration of life was held at 9:00 a.m. Saturday, September 15, in the funeral home chapel with Bro. Paul Cagle officiating. Burial was in Rigsby Cemetery.