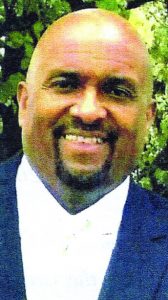 He was a graduate of Cleveland State Community College. He was a veteran of the United States Air Force. He was a minister of the AME Zion Church for 49 years, President of the Clergy Koinonia of Greater Chattanooga, and a retired Tennessee Highway Patrolman after 29 years of Service.

A Service of Celebration was held June 28, 2018 at Greater Tucker Missionary Baptist Church in Chattanooga. Interment was in Chattanooga National Cemetery.