Thursday, August 24, offered a cool night for fans to come out and watch the Bledsoe County Middle School Warriors face off against South Pittsburg. Early in the game, Luke Pendergrass found the endzone with ease for a touchdown, one of three he would make. Bledsoe lead 6-0. The Warriors were unable to hold the lead going into halftime and finished the second quarter with a score of 24-12, thanks to a second touchdown by Pendergrass. At the end of the third quarter the score stood at 30-12. The Warriors held South Pittsburg off in the fourth and scored a few points of their own thanks to Pendergrass and a 2-point conversion. The final score was 30-20. The Warriors will play their next game at home this Thursday, August 31 against Jasper. The game starts at 6:00 p.m. 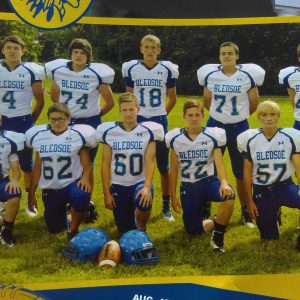 Stadium Expansion To Be Discussed At Upcoming Meeting