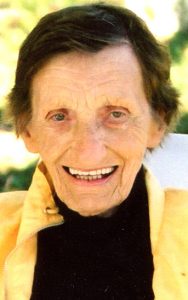 Jeanette was born October 22, 1930 in Bledsoe County to the late Benton Clark and Unice (Brown) Clark. Jeanette lived in Pikeville since 1994, moving there from Hixson. She retired as a waitress from The Downtowner, now known as The Best Western.

She was a member of the West End Church of God in Pikeville and previously attended the Summer City Baptist Church.

Funeral services for Jeanette were held March 27 at 1:00 p.m. in the funeral home chapel with Brother Danny Lee and Brother Donnie Lawson officiating. She was laid to rest in Summer City Cemetery in Bledsoe County.

Please share your memories of Jeanette on her online guest register at www.vanderwallfh.com.

The family was cared for by the Vanderwall Funeral Home in Dayton.