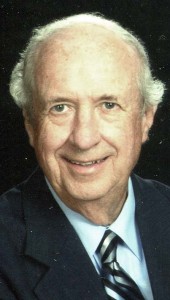 He was born in Davidson, Tennessee, but grew up in Bogart, Georgia, a small town that he loved near Athens. He graduated from Lipscomb University in 1959, where he played varsity basketball for four years. To help pay for college, he taught and coached at Fair Play High School in South Carolina.

After college, he proudly served in the United States Marine Corps before settling in Chattanooga and meeting his loving wife of 55 years, Margaret Ann (Warrenfells) Hogan.

He had a 36 year career at Provident Life & Accident Insurance Company serving as an officer in Human Resources. He was a Fellow of the Life Management Institute, teaching his family during his career about the simple things in life that are often forgotten; hard work, a firm handshake, treat others the way you want to be treated, and above all keep God and family first.

Upon retirement, he and Margaret moved to a small farm in Pikeville, where they were adopted into a wonderful community, with Jack serving as the Chairman of the Bledsoe County Senior Center. He served in the Church of Christ as an Elder at both Brainerd in Chattanooga and Bethel in Pikeville. Over many years, he preached at several churches in the southeast. Besides his faith and family, he loved antiques, western movies, military history and the Georgia Bulldogs.

He was preceded in death by his parents, Bedford Chester and Jessie Alene Anderson Hogan.

The funeral was Sunday, November 6 at 3:00 p.m. in the funeral home chapel.

In lieu of flowers, donations can be made to Boyd-Buchanan School and the Bledsoe County Senior Center.

North Chapel of Chattanooga Funeral Home in Hixson was in charge of arrangements.