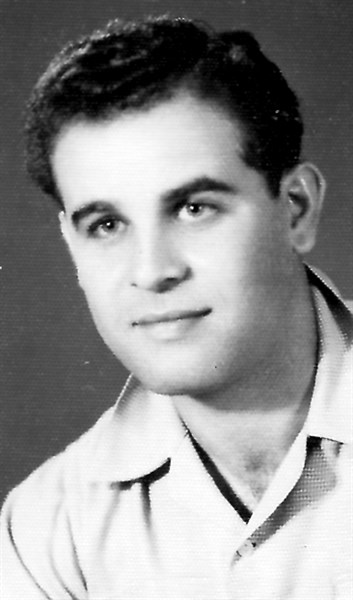 Garabed “Garo” Nourijan Demerdjian, 87, of Chattanooga, passed away peacefully surrounded by his family on Tuesday, September 13, 2016.

Garo was a renowned designer and craftsman of hand-made, high-end, custom gold and silver filigree jewelry. He was born in Jerusalem in January of 1929. He attended primary school, Brothers’ College, and then a gold and silver smith apprenticeship with the Armenian masters. He was proud to have been there when Israel became a nation.

He designed and sold pieces to upscale tourist shops and high-end hotels all over Israel and opened a shop on the Via Dolorosa in the old city. As a master, he taught other young men his craft. He was very active with YMCA throughout his time in Israel and was an accomplished competitive swimmer and runner, and was immersed in local culture and music.

He and Thelma were married for 10 years and had two boys who were both born in Israel. He relocated to Tennessee in 1987 and later earned his U.S. citizenship in 1994.

He was preceded in death by his parents, Nourijan and Arousiag (Kazanjian) Demirjian; brother, Haroutioun; sister Anahid (Zaven); and brother-in-law, Zaven, all of California; sister-in-law, Solveig of Sweden; and dear friends LV and Ersie, and Gary Davis.

Left to cherish his memories are his sons, Armen Joel (Ben) Demerdjian of Chattanooga and John Anthony (Katie) Demerdjian of Knoxville; his brother, Zohrab (Solveig) of Sweden; as well as three sisters Mary, Beatrice, and Ashkhen of Israel; caregiver Benjamin Stanton; extended family including nieces, nephews, cousins (and greats); and friends near and far.

Condolences can be made at online at GaroDemerdjian.com or c/o Armen Joel Demerdjian, 3515 Land Street, East Ridge, TN 37412.