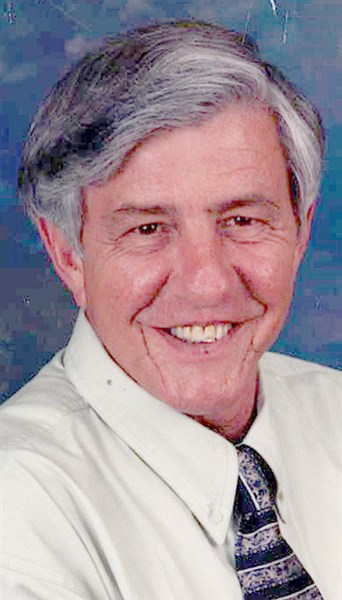 He was born on June 29, 1939 in Dayton to Elmer Howard Hinds, Sr. and Cornie Lee (Wilkey) Hinds. Elmer grew up in Dayton and graduated from Rhea Central High School in 1957.

He attended the University of Tennessee, Nashville, and graduated from Interstate Training School for Cummins Diesel Engines as his major. He began working in the trucking industry as an account executive where he won several awards with different branches throughout the southeast for Cummins Diesel of Indiana. He was the owner of the local Tri-State Truck Parts and Hi-Tech Industries remanufacturing power steering products, which catered to the trucking industries. He was the owner of Rhea Equipment Company, an International Harvester Dealership for several years.

Elmer married Linda Lou Shaver in 1961 in Dayton. They were happily married for 54 years. He received an award in 2008 for appreciation of dedication and diligence in organizing and coordinating the Deano’s Golf Tournament as a fundraiser for the Shaver Scholarship Fund at the Dayton Golf and County Club and was its Director for 10 years before passing it on to others with 28 yearly scholarships given to date.

He served as Chairman of the Rhea County Republican Party for many years.

In his honor, he was awarded the first Elmer Hinds Award in 2008, presented annually by the party for outstanding dedication and service toward establishing Republican principles in Tennessee Government. He was nominated by Congressman Zack Wamp for District III 2007’s Statesman of the Year and was honored by Tennessee Republican Chairman Bob Davis and the Tennessee Republican Party in Nashville. Congressman Wamp presented him with the flag that was flown over the U.S. White House in Washington D.C. on April 4, 2008 to honor Elmer Hinds, a great American Patriot, friend, and an outstanding citizen of Rhea County, Tennessee.

Elmer was preceded in death by his parents Elmer Howard, Sr. and Cornie (Wilkey) Hinds.

A funeral service for Elmer was held Monday, July 18 at New Union Baptist Church in Dayton with Dr. Danny Ruehling officiating. Burial followed at the Second Shaver Cemetery in Dayton.

In lieu of flowers, the family requests memorial donations be made to Shaver Scholarship Fund, c/o Melissa Farnsworth, 2660 Ogden Road, Dayton, TN 37321, or the charity of your choice.

Please share your memories of Elmer on his online guest register at vanderwallfh.com.

The family is being cared for by Vanderwall Funeral Home  of Dayton.