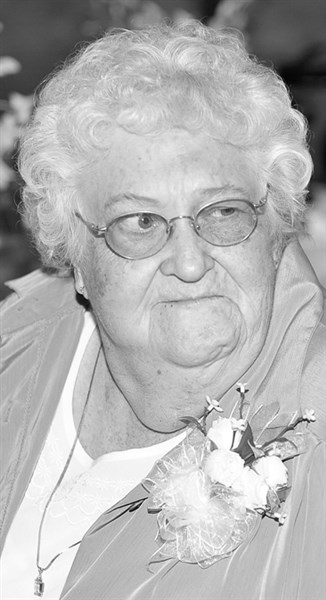 She was a member of Pikeville United Methodist Church. Amy was a 1955 graduate of Van Buren County High School in Spencer.

Amy owned Valley Publishing Company Inc., and was the publisher of The Bledsonian-Banner, The Dunlap Tribune, and the Sequatchie Valley Shopper. She and her late husband purchased the two newspapers on June 1, 1962. She was among an elite group a newspaper owners who have more than 50 years in the business, and was a member of the Tennessee Press Association for many years.

She wrote a much-loved weekly column for the newspapers known as Amy’s Kitchen Korner. Amy loved to cook but she loved her cat, Goldie, more.

Survivors include her nephew Wade (Sandy) Dodson of Pikeville; niece Dr. Deanna Dodson of Cleona, Pennsylvania; and other nephews and nieces; great-nieces Samantha (David) Layne of Lebanon, Emily Dodson of Pikeville, Mandi Young of Georgia; great-nephews Andy Casey and Robby Casey of Cleona, Pennsylvania; and other great-nieces and great-nephews; great-great-nephew Gentry Robert Layne and Hope Young, and others; sister-in-laws Dorothy Bayless, and Nina (Johnny) Nale, all of Pikeville; brother-in-law Herbert L. (Sharon) Hale, Caseyville, Illinois; longtime friend and neighbor, Senia (Rick) Anderson; and a host of other family and friends.

Services will be held Friday, October 2 in the funeral home chapel with Bro. Albert Roberts officiating. Burial will follow in Pikeville Cemetery. Visitation is Thursday, October 1 from 3:00 to 9:00 p.m.