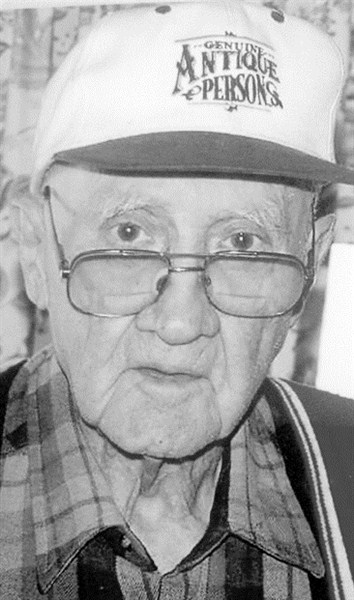 William G. Swafford, Jr., 97, passed away Tuesday, April 16, 2013 at his residence. He was born August 28, 1915 in Pikeville to William G. Swafford Sr. and Gertie Kelly Swafford. In 1923 Bill’s family moved to Chattanooga. After he graduated from Central High School. he went on to run the print shop at Standard Coosa-Thatcher Co. for 50 years before retirement. Bill married the love of his life, Aline Cheek, in 1934 and moved to East Ridge where he resided in the same home for 77 years.

He was preceded in death by his parents and his wife of 67 years Aline Cheek Swafford.

Bill is survived by his three sons, William G. Swafford III (Betty), John Allen Swafford (Janis), and Carleton Lee Swafford (Beverly); his five grandchildren, Mark, Lisa, Philip, Chris and Corbin Swafford; his three great-grandchildren, Ian, Sadie, and Jackson Swafford; his sister Betty Faye Harrall and sister-in-law Kathleen Young; and many other relatives and friends. He is also survived by his caregiver Vallee Harris, who was a true blessing these last three years to Bill and his family.

Bill’s love for nature and learning was shared throughout the Chattanooga area in schools and community organizations. He never met a stranger and he will be missed by all who knew him.

Friends, co-workers and family are invited to a “Celebration of Bill’s Life” at the Collegedale Seventh-day Adventist Church Fellowship Hall on April 27. Visitation starts at 3:00 p.m. and the Celebration of Life will begin at 4:00 p.m.

Please visit the Swafford family guestbook and send a message of condolence at www.serenityfunerals.com.