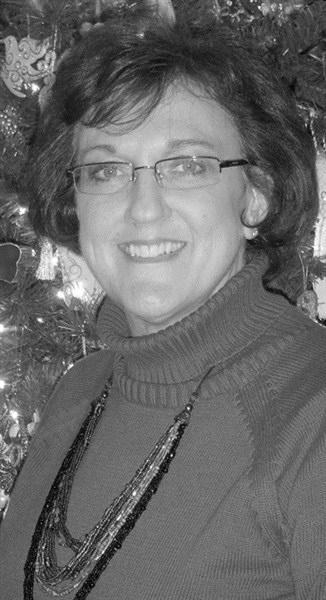 Deborah Euarcha (Kington) Thompson, 58, of Crossville, was called home to be with her Lord on February 28, 2013. Funeral services were held on Tuesday, March. 5, at Bilbrey Funeral Home with Bro. Bob Kastens and Bro. Larry McDuffee officiating. Special music included some of her favorite songs, Amazing Grace and Go Rest High On That Mountain. Amazing Grace was beautifully performed by her sister-in-law, Linda Kington. She was laid to rest with a private, family burial in Green Acres Cemetery in Crossville. Elvin Thompson, Elliot Thompson, Chae Ko, Joe Kington, George Kington, Larry McDuffee, Larry Eller, and Steve Perry served graciously as pallbearers.

Debbie was born August 18, 1954, in Crossville. During her childhood, Debbie was fondly known as “daddy’s little shadow.” She enjoyed riding horses, cheerleading and courting her high school sweetheart, Elvin. Debbie valued education, and she spent her life encouraging others to love learning. She was modestly proud of her own scholastic achievements. She graduated from Cumberland County High School in 1972 and later obtained her Bachelor’s, Master’s, and Ed.S degrees from Tennessee Tech.

On July 26, 1974, she married her devoted husband, Elvin Thompson, at The First Christian Church in Crossville. They called Crossville home during their 39 year marriage. For many years, she worked side-by-side with Elvin managing their family businesses, Showcase Video and Thompson TV.

She was affectionately known as “Mrs. Debbie” by her dedicated staff, students, and parents of Bledsoe County Middle School where she served as principal. For 22 years, she was a beloved special education teacher. She educated children at the former Martin Jr. High in Crossville, Wheeler Elementary, and Bledsoe County Middle School in Pikeville. She wholeheartedly gave her soul to educate and serve others. Debbie was proud to live in Crossville and joyfully served the community of Pikeville. She was often found helping a child learn to read, assisting with homework, attending ballgames and concerts, or receiving a hug from a kid yelling, “Mrs. Debbie!”. She had an open door policy and loved talking to her students, teachers, and parents. She treated everyone equally, and she was never too busy to share stories or advise, offer comfort, or lend a helping hand. Her eyes lit up when she entered her school building, and her spirit and legacy will forever adorn the halls of BCMS.

“Mrs. Debbie” was a true inspiration to many including her husband, children, family, students, staff, friends, and even strangers. She loved life and loved children.  She used any teachable moment to pass on her knowledge. She was exceptionally kind and caring, and she had an infectious smile that many adored and now cherish. She will be dearly missed by many and will live forever in our hearts and minds.

Debbie was a member of the First Christian Church in Crossville. Her greatest, and most important, role in life was to always be a strong Christian woman and to raise her family to love the Lord and keep him first in their lives. She touched many through her Christian example.

Debbie was a cancer survivor, avid reader, wonderful cook, and a faithful fan of the Tennessee Vols. She most enjoyed the time she spent with her family attending UT games and vacations to the beach, Disney World, and Las Vegas. Debbie was excited for days when her kids came home to visit. She was also warmly known as “Pug Granny” to her daughter’s dog.    She enjoyed spending afternoons in the recliner watching movies and snuggling with her “grand pug”, Ava.

She was a selfless and adoring mother and wife and many will cherish warm memories of her. She leaves behind her loving husband, Elvin Thompson, and two children who admired her greatly; her daughter and son-in-law, Courtney and Chae Ko, and her loving son, Elliot Thompson. She was also survived by two brothers, Joe Paul Kington and his wife, Cynthia, of Columbia; and George Kington and his wife, Linda, of Crossville, as well as, several devoted sisters-in-law, brother-in-law, nieces and nephews.

She is preceded in death by her beloved parents, Paul and Betty (Howard) Kington.

Bilbrey Funeral Home, Inc. was in charge of the arrangements.