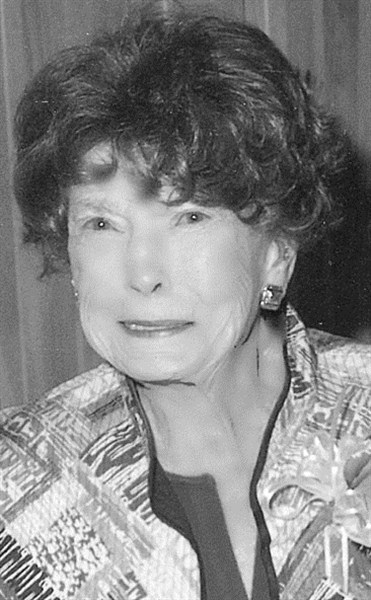 She was born in Pikeville on October 6, 1922, the daughter of the late Jim and Ruth (White) Hutcheson. She was also preceded in death by her husband Jack Williams and her daughter Patricia Gonzalez.

She was a graduate of Bledsoe County High School, Abels Business College, Bryan College and earned her master’s at the University of Tennessee. She was a teacher at Dayton City School and also worked in the Rhea County school administration department. She was a member of Delta Kappa Gamma, both Tennessee and national, T.E.A., N.E.A., Dayton Saddle Club, Red Hatters, Business and Professional Women’s Association and supported Special Olympics and the Women’s Care Center in Dayton. Williams had been a member of the First United Methodist Church in Dayton since 1942.

She is survived by her three sons, Jack (Ursula) Brown and David (Sue) Brown, both of Dayton, and Don (Vivian) Brown of Knoxville; her sister, Nancy Dennis of Dunlap; her brother, Mike Hutcheson of Pikeville; seven grandchildren; 14 great-grandchildren; step-son, Jack Williams of Arizona; and step-daughter Mary Morris of Oliver Springs.

Funeral services were held January 3 in the funeral home chapel with her pastor, Rev. Kenneth Pierce officiating. She was laid to rest in the Wheat Memorial Cemetery in Roane County.

Please share your memories of Eleanor on her online guest register at www.vanderwallfh.com.

Memorial contributions may be made to the Women’s Care Center.

Arrangements were made by Vanderwall Funeral Home in Dayton.